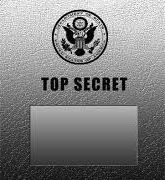 After yesterday’s post, I received a note from a trusted brother, asking why I didn’t just say “The meetings are secret. Some things need to be secret, and that’s ok.”

Distinctions are important, so let’s work on a couple of distinctions.

Secret: That which I do not want others to know.

Private: That which is between only the interested parties.

A similar, but more limited, stricture applies to doctors, lawyers, and therapists. An accused criminal can not get proper legal advice if he fears that everything he says to his attorney is going to be shared with the police. His communications with his attorney, even should he confess to the crime, are confidential. The attorney can not share what is said. This can be waived by the accused, if he chooses (unlike Private Confession). Also, the privilege never applies if, instead of giving legal advice, the attorney is assisting the person in breaking the law  (a conspiracy). But, to help in defending the accused, communications are normally confidential – they are not the attorney’s to share. They are not, however, secret.

The government marks certain things as “Secret” or “Top Secret”. This means that others are not to know them. This is different than confidential, where the goal is to allow for confidence in open communication. Secret is, by definition, to keep others from knowing things.

So, the Gnostics believed that there was secret knowledge that God only communicated to a select few. If you didn’t have it, then too bad, you were not among those whom God loved enough to save.

The Koinonia Project is not secret. The goal is not to keep others from knowing. The intention is that the group will eventually share their conclusions with the wider church – and this has been done in some of the other groups.  The conversations during the process are confidential, to allow for the confidence of honest communication. It is not my place to broadcast what my brother says privately. In the context of the Koinonia Project, that confidence is extended to statements made during official discussions, for the purpose of honestly getting to our differences and similarities. It is not to keep others in the dark about what is said.

The Koinonia Project documents are updated with great frequency on the LCMS website, and contain a number of sample documents which various groups have agreed to use.

Initially, more was confidential than is now. That was to facilitate not only conversation, but also to allow the Vice President’s office to learn how to better structure the groups for maximum effectiveness.

How open is it? HERE are the project documents from our trip. The process is laid out before you. You may agree with the format, or disagree. But there it is. This is what we were given at each session. Notice what is not there: What theological topics we discussed. Those are to be decided by each group, and discussed freely and confidentially. But not secretly.

Because this is not a secret process.

CORRECTION: The documents were originally omitted from this post, and have been added, where noted. The Country Parson regrets the error.

This entry was posted in Uncategorized and tagged Koinonia Project, theology. Bookmark the permalink.