Thoughts on the Afterlife (Do you mind if I call it that?) 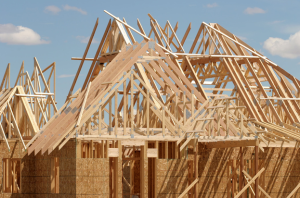 A discussion has arisen regarding how we refer to the state of the Christian after death in this world. Do we say they have gone somewhere? If so, where? How do we refer to their soul? What happens in the “New heavens and new earth” spoken of in the book of Revelation?

The initiating statement (now deleted) was something to the effect of “We should not say that Christians go home to heaven.” Verses and counter verses were hurled. Despite deleting the post, the well meaning pastor then made another post with the same point, but in different words. He is working on (I suspect at the same time I am) a post explaining his point of view. I’m sure it will be extremely informative and well considered. I’m sure it will be very rigorously footnoted and backed up with research. I’m not as sure it will be helpful.

Here’s why: We don’t really know what’s going to happen. We have only been told by way of analogy. And so there are a variety of opinions, even among confessional Lutherans.

I was taught in a class that, as beings subject to time and created for existence in time, after the resurrection we will inhabit the new earth, which will exist in time, in perpetuity. Luther seems to say the opposite. He suggests that, even had Adam and Eve not sinned, they would have been translated out of this world into heaven. Luther is touted as a proponent of “soul sleep”. I’m not sure how many Lutherans today would take such a stand.

Jesus tells us, “in my Father’s house are many rooms.” So, perhaps if we can not say that “The Dearly Departed(DD) went home to heaven”, we can at least say, “The DD went to his room.” I’ve got to say that it doesn’t sound as comforting that way.

The Small Catechism says that when we leave this vale of tears we are taken “to (our Father) in heaven.” Revelation says that the souls of the martyrs are under the altar and cry out to him “How Long Oh Lord?”, so it would seem that, at least the martyrs are aware of the ongoing suffering of the church on earth (soul sleep only for non-martyrs?).

If you look at the Old Testament, there are descriptions of the Passion of our Lord that are, in many ways more detailed than the Gospel accounts. And yet the disciples did not understand them. Now, we look back and say, “Ah yes, of course! How could they not have seen that?” It was not so easy for the disciples on the before side of things.

I assume that, when we get to eternal life, we will look at scripture and say, “Ah yes, of course! How could we not have seen that?” On this side, things are not so easy.

Dr Marquardt (of blessed memory) once wrote about a man who wanted his motorcycle in heaven. Dr. Marquardt compared this to a four year old, who would have hated any heaven without a tricycle. Of course, as he grew, he outgrew his need for a tricycle. By adulthood, being forced to spend eternity playing with a tricycle would be a punishment. We will be free of sin (This point is explicit in scripture, and there is no doubt on this point.) What does that mean for our outlook? An excellent question. As a poor miserable sinner, I can not answer that, but I look forward to finding out.

Imagine a parent driving the family to Disneyworld. The young children want to know what it will be like and the father tries to explain. “Well, there are lots of fun rides.” “So it will be like the county fair?”

“No, it’s better than the county fair. There are restaurants.” “So, it’s like a trip to the mall.”

No, it’s better than that, although there are stores.” “So, we’re going on a shopping trip?”

“No. We’ll be staying at a hotel.” “So, it will be like that time we went to Aunt Muriel’s? Will we have to be nice to her smelly dog?”

Finally, the father says, “It will be all and none of those things. It will be beyond anything you’ve ever experienced. Don’t worry, it will be wonderful.”

The analogy’s break down after a certain point. Nothing in our experience in this world can prepare us or compare fully to what it will be. We just know that it will be better, and we trust our Heavenly Father to get us there and take care of the details.

In another instance, for a woman of very firm faith, I said, “She hasn’t gone anywhere. She is now where she has been since her Baptism: In the presence of God singing praises to him.” And the family was comforted by this image.

I have said that someone is in heaven. I have said that they rest and wait the resurrection. I have placed them under the altar and in the room prepared for them. I have said that the body is just a shell no longer containing the loved one’s soul, and that it is the thing redeemed which awaits reunification with the soul. It depends on what analogy will best describe, to the family, the hope of the resurrection of all flesh. I don’t usually mix analogies – in time of crisis, it causes confusion. But I feel comfortable using just about any analogy I can find in scripture and taking it as far as it can go to describe for a grieving member (or non-member) the life that is ours in Christ, the hope of the resurrection, and the life in Christ that is, and will be ours.

If that makes me a gnostic one day and orthodox the next, or a pastor less concerned with doctrine than I should be, I plead guilty as charged, and will answer for my idle words at the day of judgment (not an image I use all that often in funeral sermons.) Just as I must answer for those whom I admit to the sacrament, those whom I exclude, those whom I have taught, those whom I have baptized, members that slipped away from me without my noticing, and members whom I shepherded to the eternal sheep pasture in the sky.

That’s also an analogy that has never – and likely will never – make a funeral sermon. But you never know. For just the right person, that might communicate to them, better than any other image, their new life in Christ.

This entry was posted in Apologetics and tagged Apologetics, bad translations, Law and Gospel, Theology and Culture. Bookmark the permalink.

1 Response to Thoughts on the Afterlife (Do you mind if I call it that?)