Posted on February 21, 2018 by Country Preacher 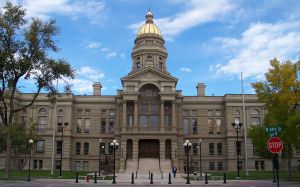 The Wyoming Senate is considering a bill that would allow parents of unborn children, age 9 to 20 weeks, to obtain a “Certificate of non-viable birth” – essentially a death certificate for the unborn. Below, I write in support of that resolution. Senator Boner, who introduced it, represents Platte County, where I also serve as pastor.

I was just informed of the continued hearing on SF 85 “Certificate of Non-viable birth”. According to the legislative website, you will have limited time for public input. In the interest of expediting matters, I would ask therefore that the following letter in support of SF 85 be entered into the record, and shared with committee.

I have worked as a pastor for two decades- the last fifteen in Wyoming. In that time, I have seen many hurting and broken families. I have had to officiate for parents at the death of their child. And I have counseled those who lost children before birth. It is a pain that does not go away. Decades later there is still the overwhelming grief of loss. I can not imagine what these women go through – to have inside of themselves a nascent life, entirely dependent on them, and to lose that life. It is not only the loss of child that brings them grief. The guilt can be overwhelming. Questions about what they did, did not do, or should have done swirl in their mind. The one common factor among them is a desire to have the child recognized as a uniquely human baby who has been lost.

The law already allows that legal recognition at 20 weeks gestation. This bill would move that back to 9 weeks gestation – roughly the time when parents have the first ultrasound and hear the heartbeat. At that point, the parents have a unbreakable link to their unborn child. They have heard the earliest sounds of life. If that life is tragically cut short in the womb, a woman should be able to, in consultation with her doctor, request a certificate from the state acknowledging the life that was and was lost.

I have heard some sneer at the idea, saying that it comes between a woman and her doctor. It does nothing of the sort. Refusing this bill would do that. This bill would allow a woman in consultation with her doctor, to choose the path of recovery which is best for her. It requires nothing of the woman. It allows the doctor to offer her a way – if the mother so chooses – of honoring her child’s life, however short it may have been.

The legislature has many important bills before it this session. The state of Wyoming can offer this option to those who have lost a child before he or she is born. Our monuments do not make us great. Rather, we build great monuments to honor the courage and integrity, which is to say the humanity, that is exemplified in our forbearers. This is a chance to offer a small mercy to mothers who have lost a child, to help them as they grieve the loss of one so precious to them. If there is something more important on the legislative agenda than caring for grieving parents, I can not imagine what it would be.