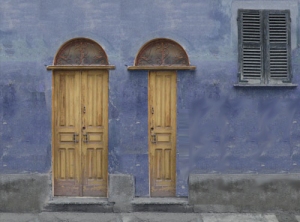 The same sort of mentality holds in the church. I have seen a number of men – among our synod’s best pastors – receive and accept calls to serve the “wider church” at the synod’s International Center. It is important work, we are told. Work that must be done. You can have national impact, instead of just affecting your congregation.

But in a synod that is trying to convince men and women that being home to raise children is important and godly work, such calls seem a bit disingenuous. There is one divine office of the Holy Ministry. It involves a font, a pulpit and an altar. It involves a congregation – with all the messiness that sometimes entails. It is, as Walther correctly observes, the highest office in the church. It is the office that is given the authority to forgive sins. District President doesn’t have that. Synod President doesn’t have that. And “Director of the Office of National Mission” does not have that.

Since President Harrison has taken office, much has changed at the IC. He has a call to a parish as an assistant pastor. That is an excellent first step. The synod is now organized around the themes “Mercy, Witness, Life Together.” The staff is smaller, leaner – so I am told. But there is a sadness about it nonetheless.

One of the best liturgical scholars in our synod was taken out of his parish, where he regularly did the liturgy, and was put in an office, where he plans conferences to talk about it. One of the best campus pastors in our synod was taken out of campus ministry, and now tours the country talking about campus ministry and planning conferences about it. Don’t get me wrong. They were both replaced with faithful men who are doing a great job. I rejoice at that. But, the men who used to do the work of the ministry are now doing paperwork. To borrow an analogy, imagine if airplanes stopped flying people to different places, and just sat on the tarmac showing travelogues.

Now, another one of our synod’s most faithful and loving pastors has received a call to leave the Divine Office and work in a cubicle. Oh, it’s an important position. One that needs to be filled, I am certain. But when our Lord told us to pray to the Lord of the Harvest that he would send workers into the harvest fields, I can’t help but think “cubicle in the IC” was not what he meant. He meant pastors in parishes. And part of that prayer is that God would keep godly men in those positions, and away from the temptation to seek other, more impressive worldly offices. That is my prayer right now.

I’m speaking publicly about someone else’s career and ministry. It’s undignified. It certainly crosses several boundaries of propriety. But I think as a synod we need to publicly re-examine the mentality that has led us here. As C.S. Lewis once observed, “We all want progress, but if you’re on the wrong road, progress means doing an about-turn and walking back to the right road; in that case, the man who turns back soonest is the most progressive.”  And I think this call, this moment, is as good a time to start the public conversation as any. It’s certainly a better time than tomorrow.

1 Response to Will another fall?