Do We Have to Go To – SQUIRREL!

Posted on December 24, 2016 by Country Preacher 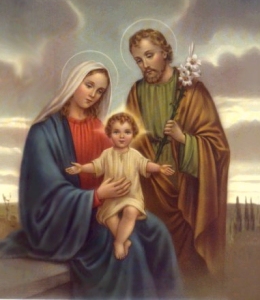 Yes, that was my article in the Lutheran Witness, answering the question, “Do we have to go to church on Christmas?” A couple of other authors from the same issue mentioned on FB that they completed their article, and were told by their wives to scrap it and start over. I did the same, although I didn’t even bother showing it to my wife. I knew it needed to be re-written. To be honest, I sort of got distracted. I think I kind of answered a question. But not really the one that was asked. So I started over, and wrote a nice response to the question.

But I still like the first draft. I’m not quite sure what question it answers. But if I were ever asked that question, I would totally submit this version. And here it is for your amusement / edification / insomnia cure:

Do I have to Go To Church On Christmas?

Every pastor I know has heard this at one time or another. I have even heard a pastor say it. He was not Lutheran. He was from a church that does not follow the liturgical year. And that made me realize that this argument is not an attempt to get out of going to church. It is not that people who say this are trying to despise the Word of God. It actually comes from a lack of understanding of what it means that Jesus “was incarnate by the Holy Spirit of the virgin Mary and became man.” Until the radical reformers of Luther’s day, no one questioned the use of a creed. No one questioned the use of the church year. These were seen as “good, right and salutary” uses of tradition. But the radical reformers believed that anything not explicitly in the bible could not be used in the church. Hymns, liturgies, vestments, even sometimes the Creeds themselves, were discarded. Luther and the Reformers recognized that these can be used to teach the church. The church year provides an orderly way to review the life and death of Jesus. Hymns, liturgies, vestments, when used properly, all point to Jesus, and help to teach us and encourage us in the faith.

The radical reformers, on the other hand, took a minimalist approach. Everything had to go. But in doing that, they even discarded the Creeds – which are used to defend the faith against error. Church services were no longer about receiving the gifts God gives through his church. They were a way for people to fulfill their responsibility to God. And as such, celebrations like Christmas or Easter were better left undone. It was no longer about hearing again of the wonderful works of God. It was moralistic encouragement to live according to biblical precepts. As part of this new understanding, worship was not only a way to obey God (Law!), it was a way to try and get people to make their decision to follow Jesus (more Law!). So, worship spaces became less about teaching and celebrating the mysteries, and more about listening to the speaker try and convince you to take that first step…

Artwork, liturgy, church year, and vestments all distracted from this radical “Evangelism”, that was really just Law piled on top of Law.

Lutherans have always rejected this Law-based (that is, human-centered) model of worship in favor of the Gospel gifts God gives through the preaching of his word and the giving of the sacraments. These are the true treasures.

Christmas is one more occasion for us to hear and celebrate that Jesus became one of us, and to receive the forgiveness of sins he offers in the Divine Service.